[This is a rampantly political place]

This area, in the south of Gwynedd, is some distance from Bethesda, Llanberis, Nantlle and Blaenau Ffestiniog – showing how important slate quarrying has been throughout the county. By today, the area is characterised by farming, forestry, and a series of attractive seaside towns and villages. But slate quarrying has been important here, and the industry has left plenty of evidence. Here, we can see how a rich industrial family made good use of lessons learnt in the other slate quarrying areas. 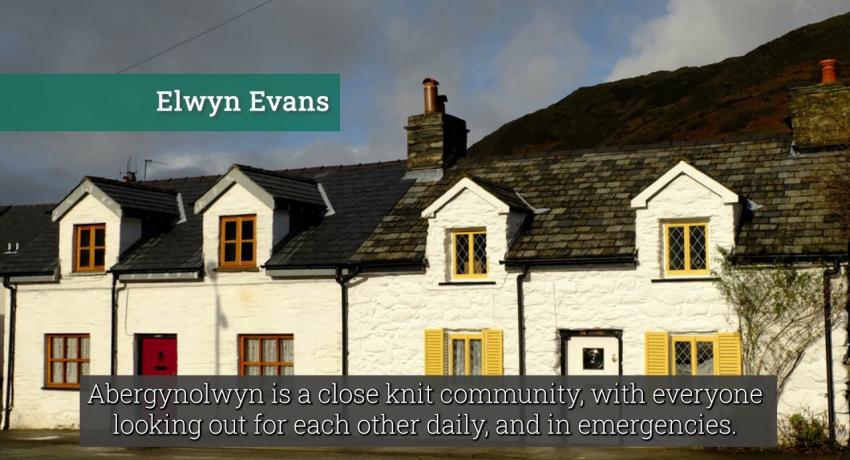 Bryneglwys Quarry was opened in the 1840s, on a fairly small scale. By the 1860s rope and chain inclines were being used to lift slate slabs from the open quarry pit. This unusual technology had been introduced here from the Penyrorsedd Quarry in Dyffryn Nantlle, and waterwheels provided the power. But, in contrast to Pen yr Orsedd, the wall and wheel pit structures still remain in existence at Bryneglwys.

The quarry developed rapidly from 1864 onwards, after its lease had been purchased by the McConnell brothers. Their initial business had been cotton production in Lancashire; this then provided both the wealth and experience to be invested in the quarry, a railway and in the locality. Slate quarrying continued, now underground, with slabs being lifted out through the original quarry pit. Seven floors or levels were developed, and archaeologists know that much of the original machinery still remains in place.

Many men lived, with their families, in Abergynolwyn. The village is testimony to the employer / worker relationship, as it stood in the 1860s. The streets of industrial type houses were planned by an architect from Manchester, James Stevens. This is why the village looks as if it’s been transplanted here from a mill town in north west England. Chapels, a church, a school and shops were also provided. All that the villagers required would have reached them via an incline down from the railway, and this is probably also how all the building materials arrived.

The final part of the development was to provide a railway that would carry slate from the quarry. In early days, slate would have been carried out on horse back. In 1866, the Talyllyn narrow gauge railway was opened, running from Bryneglwys and Abergynolwyn to Tywyn. This was the first railway of its type to be designed, from the outset, for locomotive haulage. Its development had benefited from modernisation work undertaken by James Spooner on the Ffestiniog Railway.  There was also, from the outset, a passenger service.  This railway met the main line at Tywyn, and there the slates would be transferred into larger waggons to be taken away.  This was the plan from the very beginning – there was no port at Tywyn.

In 1951, the Talyllyn Railway became the world’s first railway to be saved and operated, successfully, by volunteers as a visitor attraction. Both of the original locomotives, “Talyllyn” and “Dolgoch” remain in use, travelling regularly through the Dysynni Valley. A railway museum at Tywyn explains more of its history.