Penrhyn Slate Quarry and Bethesda, and the Ogwen Valley to Port Penrhyn

Every stage in the process of producing and selling slate can be seen in this area, from Penrhyn Quarry to Port Penrhyn. It was almost entirely under the aristocratic ownership of the Pennant family, who later became Dawkins-Pennant and then Douglas-Pennant. The family made their first fortune, in the late 18th century, from using slave labour at their sugar plantations in Jamaica. This fortune was then invested here, making the Penrhyn Quarry the largest in the world at one time. 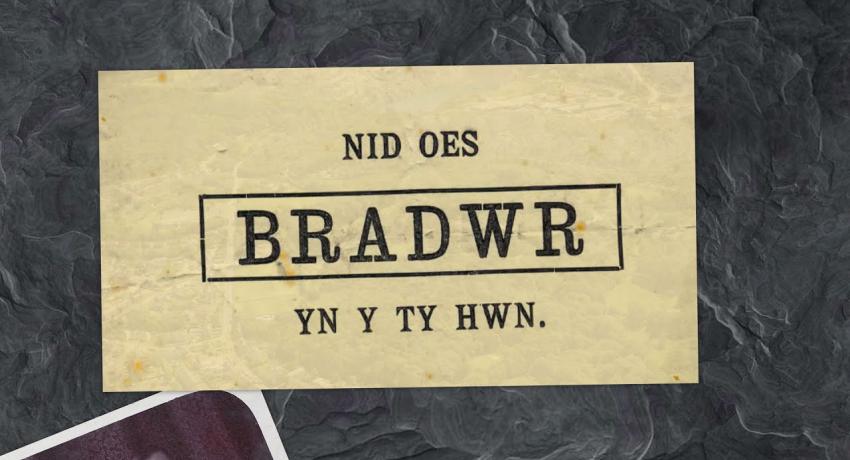 The quarry’s original site is massive. You might have flown over it on the Zip Wire! About 3000 men worked here by the middle of the 19th century. Working the slate meant developing over 20 galleries or terraces, these climbing the slopes of Y Fronllwyd. Slate that was not good enough to be split and trimmed into roofing slate would be dumped, creating huge tips of waste. As the quarry developed, waterpower was used to raise wagons in innovative lifts (or “tanks” as they were called). As the quarry deepened, pumps were used to lift water from its lowest levels, this then flowing through a tunnel into the Ogwen river.

The quarry’s first workshops were at Felin Fawr. Here, the world’s first circular stone cutting saws were installed in 1802, sawing slabs of slate. Water from a nearby river provided power for the machinery. This is where the tramway, built in 1801 to connect the quarry with Port Penrhyn, crossed the river. When the railway was rebuilt for steam locomotive haulage in the 1870s, it was the obvious place to build the quarry’s extensive range of engineering workshops.

Slate is heavy and fragile. Roofing slates have to be transported carefully, in case they break. In early days this was done by horse and cart or sometimes using panniers on horseback. In 1801 a narrow gauge tramway was built, on which horses hauled waggons running on iron rails. This later provided the inspiration for a series of tramways in the slate quarrying areas, and then worldwide.

The tramway ended at Port Penrhyn, from which seagoing ships carried the slate worldwide. The first quay was built here in 1790, and the port continued to develop until 1855. By then, a main line rail connection had also reached the port. Many of the original buildings remain in use here and – remarkably – commercial ships still carry cargoes of Penrhyn quarry slate aggregate from the port.

Bethesda, Mynydd Llandygai and Penrhyn Castle are three very different districts. The large village of Bethesda developed around the chapel of that name. This was opened in 1820, alongside Thomas Telford’s mail road from London to Holyhead. At the heart of the village are unplanned, almost random, groups of homes squeezed on to land that was not owned by the Penrhyn estate. Afterwards, under estate influence, further and wider development was more regularly planned.

The village of Mynydd Llandygai was carefully planned by the estate from 1843 onwards. Every cottage has a lengthy plot of land for use as a garden and perhaps also for keeping a pig or two. Chapels were permitted here, but the spire of St Anne’s Anglican church was a constant reminder of aristocratic expectations.

Penrhyn Castle is a statement both of the confidence and of the social standing of the family of industrialists who owned the quarry. It has been built on the site of earlier homes of native Welsh landowners. The neo-Norman building was completed in 1837 and is now cared for by the National Trust. This is one of Wales’ most luxurious stately mansions – and is so very different to the living conditions of the quarrymen.

“The Great Strike” at Penrhyn Quarry, between November 1900 and November 1903, ruptured communities in this area. This is one of the longest and most agonising labour disputes ever to have taken place. Community memories of the strike remain in this valley, but the slate industry also remains very much alive here. Since the 1970s, modern machinery and equipment has been used to expand the quarry, which still produces the world’s best slate. This is used worldwide on attractive and innovative buildings such at Catharinakerk, a cathedral in Eindhoven, Germany.